First site started January 2010 and four more sites added up to 2018. Site upgraded January 2019. The five original sites now converted to this one site. ****************January 2022 Is our TWELFTH anniversary. This site is ADVERT FREE. THANK YOU FOR VISITING THE SITE Nick Hanham************** ALL NEW ALBUMS ADDED ARE LISTED AT 5929 UPLOAD NEWS BELOW AT LEFT. SCROLL DOWN TO ALBUMS ADDED TO THE SITE FOR INFORMATION AND WHERE TO FIND THE PICTURES

This site is Hosted by Nick Hanham, Retired Driver on the Swanage
Railway
I have been involved with the Swanage Railway since January 1973 and taken many pictures of the railway in this time. In 2008 I started a photographic diary of my regular volunteer turns and these pictures are recorded in Swanage Railway Albums.
I have had a passion for all types of transport throughout my life and now wish to share this interest, in photographic form, with all who are like-minded.
This web site has been developed since January 2010.
In addition to the Swanage Railway, all sorts of transport in the UK and Worldwide is now on offer since I began photography in 1953.
The site now contains many more non transport pictures.
Please also note that the sites are mainly made up of random pictures with no specific order or information, except dates and location. I hope the viewer will simply delve in and look at events as they took place and enjoy the transport and other photographs.
All the pictures in the Albums have been taken by your Host & Webmaster Nick Hanham, with a few exceptions taken by your Host's Wife and late Mother.
My photography is via public access.
Any pictures taken on private property were taken with permission.
I do not tolerate or condone trespass to obtain pictures.
**************************************
LINESIDE PICTURES TAKEN ON THE SWANAGE RAILWAY.
YOU HOST HOLDS A FULL PERSONAL TRACK SAFETY (PTS) CERTIFICATE AND HAS PERMISSION TO BE LINESIDE FOR PHOTOGRAPHY.
Do NOT Trespass on the Railway.
**************************************
SWANAGE RAILWAY ON THE FOOTPLATE
During my time as a Cleaner, Fireman and Driver I kept a record of the miles covered from 1978 to 2018 as follows:
39,443 miles.
This started with a round trip of 200 yards increasing to a 12 mile round trip over the years.
I was also passed out to drive on the extension from Norden to Bridge 2, just a short distance from the main Waterloo Weymouth line at Worgret Junction, Wareham.
WHAT A PRIVILEDGE TO HAVE BEEN ABLE TO DRIVE ON THE SR AND DRIVE AND BE TRUSTED WITH MANY WONDERFUL AND HISTORIC LOCOMOTIVES
**************************************
This site, 5929, is dedicated to the late Jocelyn Hanham
Dr. Fred Dibnah and Sir John Betjeman

Your Host Nick Hanham driving Flying Scotsman on the Swanage Railway in 1994.

A Time for Celebrations 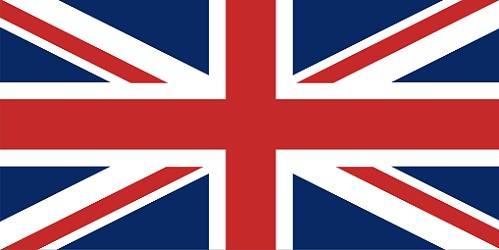 Due to the volume of pictures on the site, some Albums may take a few moments to load. Please be patient and If some pictures do not load just REFRESH. 1) On the Home page click on the title you wish to view - Aircraft, China etc. 2) You will then have a choice of albums to view. Scroll down for Albums and click on Album to see pictures. 3) Album pictures are mostly in date order with the latest dates at the top. 4) Hovering over a picture with the cursor will give you the picture caption. Clicking on a picture will give you the full size picture. Click on the the right or left arrow to go forward or backwords to the next picture. No captions on large format pictures. To return to picture selection click on the X at top right hand corner. 5) You can also use the automatic slide show, at the bottom of the page, by clicking on it. Please allow time for pictures to load. The slide show will start as soon as pictures are loaded. If you wish to view a picture for longer on the slide show, just hover over the picture with your cursor. The slide show will select all the pictures in the Album. 6) To view another Album click on the titles at the top of the page - Aircraft, China etc.